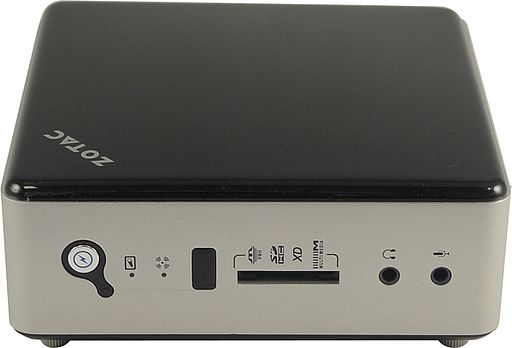 Early in the 21st century, technology had progressed to the point where a workable desktop computer could be shrunk to a near-handheld size. This provided several benefits:
– simpler (no parts to assemble into a case)
– less desk space required (even mount on the back of a monitor)
– more cost-effective
– more energy-efficient (less heat & noise, longer UPS backup)
– standard ports for I/O, video, sound
– support for standard software (often bundled)

These devices are intended to fill a current need, with little or no expansion or upgrade potential. We use them mainly for single user computing, often with a single task or role in mind. They’re cheap enough that upgrading is not a major consideration; if and when more power or features are required, they are simply replaced. Usually, the older Mini PC finds a suitable role (even if just a dedicated headless one), so little is wasted.

Mini PC offerings continue to rapidly increase in power. This model has a fast processor, 8G RAM, 128G eMMC, and slots for both M.2 and 2.5″ SSD drives. Ports include 4xUSB3, Gigabit ethernet, VGA, HDMI, and more. The GPU is an Intel HD600, which is good enough for most of our video needs. We use it for testing modern Windows apps.

The tiny cube form factor is becoming quite popular. This particular model has very modest specs, such as 4G RAM, HD400 GPU, and USB 2.0 only. It does have Windows 10 Pro, Gigabit ethernet, and a great price however. We use it for legacy (DOS) gaming, and Minecraft.

This model is sold under several names, ours was labelled ‘Guzila’. It came with a monitor mounting plate, and convenient 2.5″ SATA bay (we installed a 500G SSD). Makes a good Windows 10 workstation, fan is a bit noisy.

We needed a Linux server with lots of I/O and two ethernet ports. This little box fit the bill perfectly (we didn’t use the Windows operating system that it came installed with). We installed a 500G SSD in the 2.5″ SATA bay. Provides lots of storage for Docker folders and similar work. It’s tiny, quiet, and runs headlessly.

Beelink models were among the first solid, affordable, all-in-one mini PC options. We use them as simple, single user workstations for network and internet operations. Most are readily attachable to the back of monitors to save desk space.