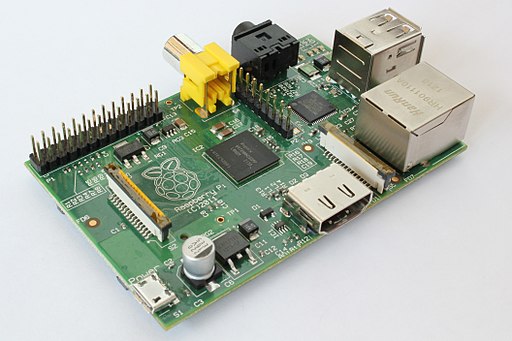 Pi 400
Although personal computers had been around for decades, the early 21st century saw a decline in academic usage. The cell phone, tablet, and of course the internet formed the de facto computational world that most people experienced. Content was mass-produced and consumption was driven by ever increasing specialization and personalization. The computer was becoming little more than a conduit for ‘narrowcasting’.

In early 2012, the Raspberry Pi Foundation in the UK released a tiny, cheap, modular (good suite of included I/O) single board computer called the Raspberry Pi. It was aimed at teaching introductory computer science in schools. It was a stunning success, quickly finding enthusiastic adoption in a much wider range of applications, reminiscent of the early days of the microcomputer boom decades before. Over the years, many upgraded models have appeared, although they remain true to the original Pi’s philosophy. Tens of millions have been sold to date.

At Quarkiness, we’ve long been users and advocates of the Pi. Its power, low cost, and rich I/O have enabled many experiments and projects.

There is huge Raspberry Pi support community and an official magazine. There is also a very large third-party market of accessories. The Pi is now a firmly established industry standard.